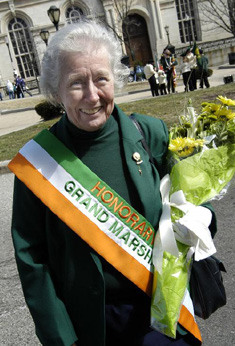 The cheerleading team of Mercy High School, Baltimore, marched in the parade, also in honor of the 150th anniversary.