The Cause of Catherine McAuley… new perspectives

In the last eighteen months there has been a renewal of interest in promoting the Cause of Catherine McAuley. This interest is expressed by Mercy Sisters and especially by Associates and people involved in the Mercy Ministry around the world. Every week many requests are received asking for prayers through Catherine’s intercession. 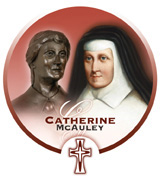 Catherine was proclaimed Venerable on April 9, 1990. At that point the postulator for the Cause was Martin Nolan OSA and the vice -postulator was Angela Bolster RSM. Angela died on February 2, 2005 R.I.P. and Anne Hannon RSM was appointed vice-postulator in her stead. Martin Nolan retired as postulator in May 2006 and Brenda Dolphin RSM replaced him in September 2006.

In 2005 a committee comprised of World Mercy Congregational Representatives (called WMCR) was appointed to carry forward the work of progressing the Cause in all parts of the world where mercy sisters minister.

In March 2007 on the advice of the Congregation for Causes (Rome), Brenda Dolphin appointed three vice- postulators to work with her in carrying forward the promotion of the Cause on a day-to-day basis in specifically designated areas. The vice-postulators are

In order to assist each vice -postulator in her work an advisory board will be established in each geographical area.

Each advisory board will have a broad spectrum of expertise and is expected to meet once or twice a year.

A meeting of the members of WMCR was held in Mercy International Centre in Baggot Street Dublin in April 2007 at which a system of communication was established and subsequently affirmed by the MIA leadership at their meeting in May 2007. Hopefully this system will serve to keep connections and nurture the new enthusiasm, which is evident around the Cause.

If you have anything you would like to communicate to us please do not hesitate to make contact with the vice- postulator of your area or with the member of your congregation who is on the WMCR.

This is our first communication of the new system that is in place for Mercy World in relation to ongoing developments around the Cause of our beloved foundress and we will keep you updated regularly as to what is happening in these exciting times for Mercy!!

We know that you help us by your prayer and we are very grateful for that continuing support.

Wishing you every blessing,