The Correspondence of Catherine McAuley

The Correspondence of Catherine McAuley: 1818 – 1841 edited by Mary C Sullivan was launched in a joyful gathering at Mercy International Centre on Sunday 31 October 2004. 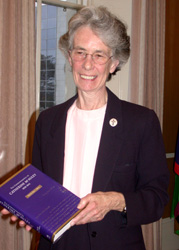 Describing her work as ‘our book,’ Mary spoke of the delightfully human, affectionate woman revealed in the letters. Describing Catherine as a compassionate, persistent servant of the poor and neglected, an astute businesswoman, and an unpretentious, humorous friend, Mary thanked all those who had helped her assemble the collection of letters. 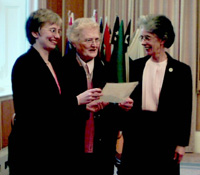 Sr. Helena Doherty Archivist in the Northern Province presented a letter in Catherine's hand writing to Breege O'Neill Congregational Leader, to be placed in the Mercy Archives at the Catherine McAuley Centre. 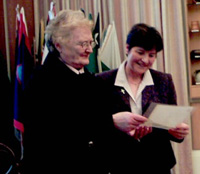