'The Feminine Face of the God who does Justice': Sheila Curran rsm

Justice, as a term evokes a desire for order, fairness, equality, honesty, equity, integrity and even lawfulness. The prophet Isaiah tells us that justice is rooted in the very nature of God (40:14). The work for justice involves working for systemic change in the world order and in our church. When we engage in doing this we 'wake up the world'. 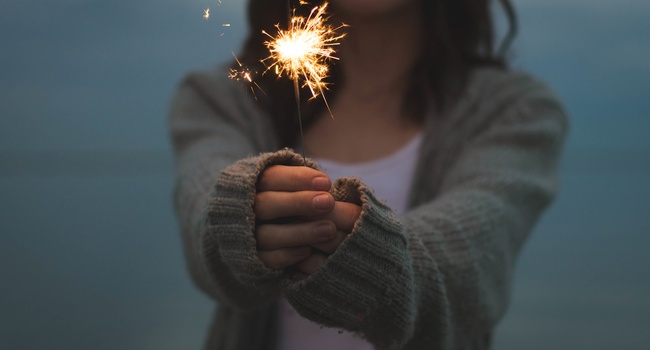 Catherine McAuley’s pursuit of justice for poor women and children led her to open the house of Mercy on Baggot St. She met resistance from the homeowners on Baggot Street as well as some clergy, notably Matthias Kelly, who said, 'Who did this “upstart,” this “parvenu,” think she was?' [1] Catherine’s persistence in seeking justice for the poor led her to found a congregation that today is present in forty-four countries and six continents. She certainly did 'wake up the world' of her day.

Just as in Catherine’s time, women today, across our world, are still crying out for justice in society and in our church. In writing this reflection on justice for the year of Religious Life I decided to focus on my condition as a woman, and that of others, poor women, in an effort to reflect on our persistent quest for life and the restoration of justice for the liberation of all of humanity. The biblical text that came to mind is that of Luke 18:1-8 which I will use as the basis for my reflection.

This narrative gives us two main characters, namely the judge and the widow. The plot involves conflict resolution among other matters. The widow is seeking justice. It is obvious from this text that this judge is self-serving and obviously corrupt. How many times do we find ourselves in a similar context?

The story begins "in that city there was a widow who kept coming before the judge and saying “Grant me justice against my opponent” (Lk:18:3). The details of her case are not given. What we do know is that she is persistent. She continued to return to him and she was seeking justice. Persistence for justice brings truth to the forefront. It takes time and a lot of conviction, patience, and determination. The more people protest and insist that their voice be heard, the more people begin to listen to them. The only thing we know from the text is that she was eventually granted justice.

This widow defies the notion of a defenceless woman. She is presented here as a strong and persistent woman. How many times she had to come before the judge we do not know. She was on her own. She would have had no status compared to that of the judge with whom she pleads. The woman’s public demand for justice in front of the judge could be seen, in the society of the time, as a shameless act. But even so, she did not ask the man to speak for her, she had to recognise the power of her own voice. One wonders if it is her experience of the everyday reality that provokes her to seek justice. The desire to seek justice was so deep inside her that she was prepared to go for it alone. This would have been unusual, but so real, as even today many women seek justice alone. Obviously no one was prepared to help her. She had found her voice and she used it repeatedly to berate the judge in pursuing justice. No one is doing it for her. She becomes an agent of change. She discovers a deeper claim to have her equality as a human being recognised.

Luke refers to widows more frequently than other Gospels (2:37; 4:25-26; 7:12; 18; 3,5; 20:47; 21:2-3), often in passages that presuppose their economic helplessness in a male-dominated society. [2] But then again, we look at Anna who is a widow, an old woman but a prophetess, whom we are told spend eighty-four years prophesying in the temple. Just like Anna’s persistent role as prophetess in the temple, the widow is persistent in her pursuit of justice. There is no age limited for being passionate and persistent about justice! The interesting thing is that people would have seen her come and go to the court as the text tells us that she kept returning to the judge (Lk:18: 3). Those in the court would have heard her. Yet she remained alone. This is often the case of those who pursue justice. While many may agree with an issue, very often onlookers do not see the issue as part of their problem. Therefore, the text is all the more impacting as this woman had an ability to keep on persisting even if it meant going it alone.

So how is her behavior viewed in the context? I am sure many thought she should keep silent or that she would give up sooner or later. After all, she was challenging the judicial power system by demanding justice. The judge had not taken her request seriously otherwise he would have granted her justice immediately. Yet, perhaps because she did not keep silent, she was able to expose an unjust system while others had not the courage to do so. Institutions, which stand for justice, are often unjust. The widow’s persistence highlights the need to see institutions that promote justice rather than treating the institutions themselves as manifestations of justice.

Given that it is the widow who seeks justice and is persistent until she finds it, sounds more like the image of God that we know from all of the biblical texts. So this woman is like the women in the parables of the yeast (Lk:13:20-21) and the lost coin (Lk:15:8-10) all of whom can be seen to represent God. This is an unexpected twist in the parable. [3] Not only do we have a feminine image of God being presented, but one that is also challenging unjust structures. This can be difficult for many people to accept. It can be less challenging to stay with the parable as a text for persistent prayer, where one must plead and beg God to act, because in that way one does not have to assume responsibility to change unjust situations. We can just sit back and wait until God acts. This text challenges us as it challenged those hearing the parable by showing that injustice is difficult to eradicate in human society. It also challenges our image of God. This woman embodies an image of God that takes the side of those who are poor and oppressed, a God who became flesh, a God who is inserted in a reality of life where justice is needed.

Many women throughout the world repeat the widow’s persistent search for justice today. Ellen Johnson Sirleaf, Leymah Gbowee and Tawakkoh Karman received the Nobel peace prize in 2011 for their non-violent struggle for the safety of women and for women’s rights. They had spent many years in this struggle and while their work has been recognised, their struggle for justice continues. There are theMadres de la Plaza de Mayo in Buenos Aires in Argentina, who started in 1977 to march every Wednesday around the pyramid in the Plaza de Mayo until justice is served. While there have been some advances, they still continue to march today. In fact they have been marching for so long now that they are known as the Abuelas de la Plaza de Mayo. [4]

But the struggle for justice does not come without a price. One well-known example is that of  Dorothy Stang, an American Notre Dame sister, who was murdered in 2005. She was well known for her deep mystical commitment to the integrity of creation. This led her to become an advocate for the rights of poor women and to defend the imperiled rain forest of Brazil. Dorothy was killed in the clash between two great projects affecting life and the economy. Before she was murdered Dorothy said to a friend, 'I have learned that faith sustains you and I have also learned that three things are difficult: as a woman, to be taken seriously in the struggle for land reform; to stay faithful to believing that these small farmers will prevail in organising and carrying their own agenda forward; and to have courage to give your life in the struggle for change'. [5] Dorothy is just one example of the many women across our world that lost their lives in the pursuit of justice. Those of us who do a theology that leads to political action or that threatens the security of the powerful run the risk of being threatened and even killed.

There have also been women theologians like Elizabeth Johnston CSJ,  Ivone Gebara SP and  Carmel McEnroy RSM to name a few, whose scholarly work 'woke up the world' but each of them paid a price for lifting up women’s voices within our male dominated Church.

The interpretation given above of the parable of the persistent and courageous widow defies the image of a weak woman or the idea of persistent prayer as outlined by a number of scholars. This interpretation opens up the whole other image of who God is. The image of God as a woman who exposes an unjust system through her persistence can motivate and sustain many of us who are trying to do just that.

As Mercy woman we have to embody the church and make visible her cry for justice, peace, reconciliation and mercy within the church and society. It has to be concrete and effective, marked by our daily experience of being women, making use of our own spirituality and theology. As the book of Proverbs tells us 'Drink the water from your own cistern, fresh water from your own well' (5:15). In being faithful to this we will 'wake up the world”'and the Church also.

Opening Song: 'We are the Body of Christ' by Colleen Fulmer. Album: Cry of Ramah

Resources for your Further Reflection on the theme of Justice

Videos on You Tube

Aquino, María Pilar. Our Cry for Life: Feminst Theology from Latin America. New York: Orbis Books, 2002.
Gebara, Ivone. Out of the Depths: Women's Experience of Evil and Salvation. Augsburg Fortress, 2002.
Malone, Mary T. The Elephant in the Church: A Woman’s Tract for our Times. Ireland: The Columba Press, 2014.
McEnroy Carmel. Guests in their own House: The Women of Vatican II. New York: The Crossroad Publishing Company, 1996. London: Bloomsbury, 2014. 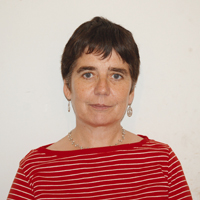 Sheila Curran is a member of the Congregation of the Sisters of Mercy. She holds a Masters in Biblical Studies and a Doctorate in Ministry from Catholic Theological Union, Chicago. She has ministered in the area of social justice in Ireland and in Peru in South America, where she worked in the Instituto de Bartolomé de Las Casas.

Currently, she is the Justice Coordinator for the Conference of Religious of Ireland and the Irish Missionary Union.