The Leaders and the Board of Directors of Mercy International Association came together for their Annual General Meeting (AGM) at Baggot Street from 11-14 May 2013. 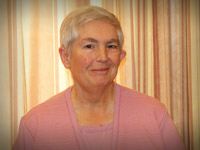 Speaking after the AGM, Pat McDermott rsm, President of the Institute of the Sisters of Mercy of the Americas and Chairperson of the M.I.A. Board of Directors said, “The wonderful thing about our meetings is that the M.I.A. Leaders and the Board of Directors have the opportunity to come together, to check- in with each other and to find out if there’s anything new in each other’s thinking.” Reflecting on the significance of this annual event in the Mercy calendar Sr Pat continued, “We find it so important to discover how each Congregation is trying to integrate the story of M.I.A. into their Congregational activities and projects and to find out if there are any special projects or initiatives that are happening in a particular country or area, which others can benefit from and make a connection to M.I.A..."

As well as planning for the future, the AGM offered the opportunity to reflect on the past year’s events. This year, for the first time, M.I.A. produced an Annual Review, which proved very valuable, according to Sr Pat. “Having the Annual Review as a resource was a wonderful opportunity to step back and look at the full year of activities and to see from the perspective of heritage, spirituality, programming, global justice, communications – all of the different activities that happened. So it gave both a sense of confidence in the work that’s happening here and provided inspiration to continue and plan for the future” 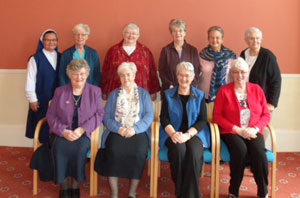 At their meeting, the Leaders had the opportunity to discuss the issues facing M.I.A., including how to spread the word about the work of M.I.A. “For example, there are often many activities and events taking place within M.I.A. that only touch a small group of people directly” said Sr Pat, “so we need to learn how to help our Sisters become aware of all the work that’s taking place, particularly in relation to Mercy Global Action.”

Speaking about the meeting between the Leaders and the Board of Directors, Sr Pat said many issues were covered. Plans for the future were high on the meeting’s agenda, particularly in terms of finances. The issue of Fundraising was discussed too, including the fundraising efforts in each congregation and ensuring the proper infrastructure is in place in each country to support fundraising and development.

The AGM also offered a chance for the Leaders to encourage each another and to share their knowledge. “Whether it’s a formal meeting or a chat while having a cup of tea between meetings, the leaders discussed ideas and exchanged stories” says Sr Pat. “We had the chance to discuss Justice efforts in our own countries, which connects each congregation with the work of Mercy Global Action. But also it was an opportunity for us, as Congregational Leaders, to share what our role is and what Religious Life is like in each of our own countries. There are so many things that we can learn from each other - the future of religious life and what attracts women to religious life; why women are choosing Mercy; why some of our ministries are much more engaged here at M.I.A. than others; and why some ministries are able to make that connection and some are not”

Speaking about the year ahead, Sr Pat said there was lots of work to be done and much to look forward to. “What we’re really trying to do is build a sense of ownership of M.I.A. within each of our specific congregations. That’s our task as leaders. Naturally there are challenges that resonate with all of us, but what we must do is look to the future and think how we as Leaders, can move M.I.A. forward.”