To share the Earth Story, exploring its implications for all creation and recognising its particular ramifications for us as a group of Mercy women.

Read some reflections on the conference

Those who gathered at the Sizanani Centre for the Conference were:

Sr Patricia Fox from Australia who attended part of the Conference as the Mercy International Association (MIA) representative and Sr Ethel Bignell as the MIA Executive Director. Wendy Flannery and Deirdre Mullan will be came from Mercy Global Concern (MGC). Adele Howard, Australia, gave input and training in information technology. (See Asia Pacific group photo, below). She is a member of the MIA Communications Group. Filip Fanchette from Mauritius also gave input.

Our facilitators were Mary Waskowiak, North America and Goretti Rule, South Africa.
The translators were Cecilia Heduan from Argentina and Cait Wims from Peru (see the Latin America and Caribbean photo, below).

Representatives from the Africa Geographical Area were: 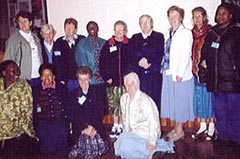 Those who represented the Asia-Pacific Geographical Area and other groups were: 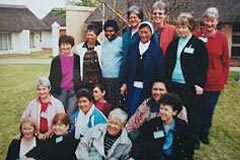 Participants from the Europe Geographical Area: 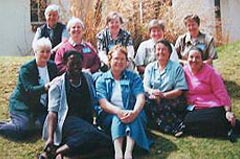 Participants and Translators from the Latin America and Caribbean Area were: 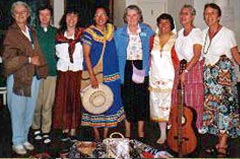 From the North America Geographical Area the following were participants: