The Story so far: the Re-founding, Blessing & Opening and Growth of MIC

This year we have been retelling the story of Mercy International Association and in so doing rejoicing in the providential guidance of God, honouring the courageous women whose faith and courage enabled them to lead through times of transition and recognising that we stand on the shoulders of the many who generously ran the Association and the Centre over the past twenty years. 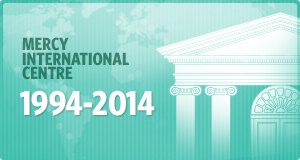 Here is the retelling of the story so far:

'Behold I am doing a new thing - do you not perceive it?' (Isaiah 43:19)
The Context in which the concept of Mercy International Association was conceived

Birthing the Dream
Mary Trainer's reflections on the coming together and work of the International Steering Committee.

Help us to Identify Everyone in this Group Photo
Members of the1st Working group for MIA, the Review of Proposals Task Force, August 1990

Linking the Old to the New, the Past to the Future
Carmel McCarthy rsm recounts the event of the last six months at the Convent of Mercy, Baggot Street (September 1992–March 1993)

Catherine Arrives at Baggot Street, 21 July 1994
The story of the Michael Burke statue 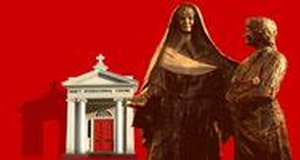 For Love of Music
Musical performances in the Baggot Street Chapel 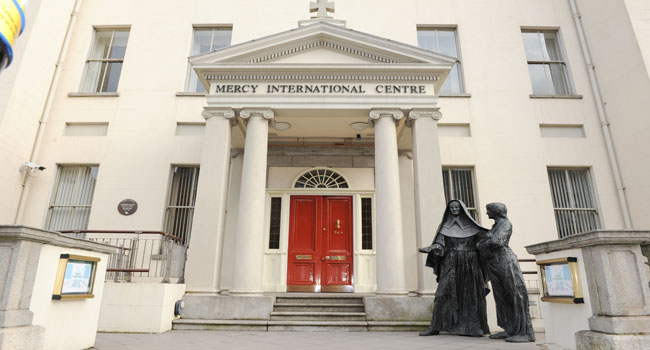 Memorial Garden, Brick Wall and Rill
Some of the features of MIC

Acknowledging the Generosity of Volunteers at MIC, 1994-2014
Volunteers have given generous support and service at MIC since its opening in 1994

The Establishment, Growth and Contribution of MIACOM
The establishment of the Communications Consultative Group and MIACOM and the work of MIACOM

How are we to be together? Our Reflections on MIACOM
Reflections by Srs Ethel Bignell, Mary Conway and Denise Fox

Effective Communication to Support our Shared Engagement in Mercy Mission
The development of the Mercyworld.org website, 1998 -

Mercy Through the Years... the Origins of the MIC Calendar
The story of the calendar

MIA Leadership, Current Team and Expert Support
Those who have served and continue to serve MIA

Remembering Two Decades of Mercy International at the United Nations in this 20th Anniversary Year
The story of Mercy at the UN: 1994-2014

Future of the Global Action Ministry...A Call to Continue Catherine McAuley’s Vision...
The ‘call’ to look at mercy anew, within the context of the MIA Global Action programme

This was the Day: Opening of Mercy International Centre, 23 July 1994
Video of the Opening of MIC in 1994

Forthcoming in Mercy E-news: Getting Ready for the September Celebrations
Preparing us all for the 20th Anniversary Celebrations