Thornhill College Celebrate 80 years with a visit to Catherine's house 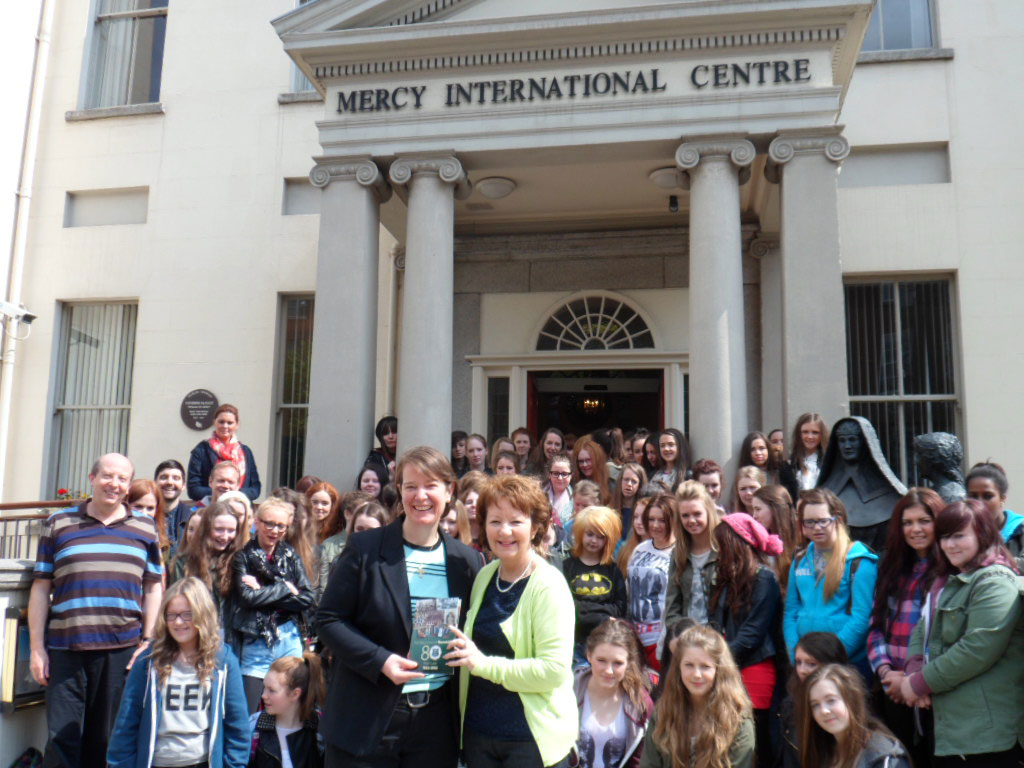 Thornhill College was founded by the Sisters of Mercy and is situated three miles north of the city of Derry. From its humble beginnings the school now has a student population of over 1400 pupils and a staff of 100 teachers.

The first convent of Mercy in the Derry Diocese was founded at Pump Street, Derry City on July 21st 1848 by Mother Mary Ann Doyle. Soon after their arrival in Derry, the Sisters began to provide primary education for the children of the city, believing in its potential to empower and liberate. The Sisters also began offering secondary education for girls at Pump Street and due to demand the school relocated to St. Mary’s Ardscoil in 1887. At St. Mary’s boarders were catered for and education was also provided for younger boys and girls.

In 1932 the Sisters acquired the site at Thornhill, and relocated the secondary school there. In 2003, the school moved again, to its present location on the opposite side of the Culmore Road from the original building.
The students and staff of Thornhill enjoyed the tour of the Catherine's house, visiting the Heritage Room to view treasures belonging to Catherine and some of her early followers, and panels around the room telling Catherine's story. They also spent time in Catherine's room, where she spent her final days and in the Memorial Garden, to reflect on Catherine's burial place. They also visited the International room – the very first Mercy classroom.

To commemorate their special anniversary, Thornhill College has produced a commemorative booklet, entitled “The Many Faces of Thornhill”. The booklet provides a wonderful insight into Thornhill College, including the vision of the school, the breadth of education it provides and the way in which the School incorporates Mercy values. There are also some wonderful photographs included throughout, both of current and past pupils and teachers of the school.

While Thornhill College is now managed by a Board of Governors, it is a school rooted in the Mercy values of service, promotion of self-esteem and the pursuit of excellence for all the young women who make up the student body.

According to the school’s principal, Miss Hamilton, Thornhill College strives in the words of Catherine McAuley – “Let us rejoice when good is done, no matter by whom it is accomplished.”