Though So Many We Are One (The Congregation)

p>It was the 50th. International Eucharistic Congress and it took place in Dublin. For one whole week, the Catholics of Ireland celebrated their faith supported by and in solidarity with many people from many countries. While welcoming pilgrims from 120 countries at the opening Mass, Archbishop Martin of Dublin said: ‘The Church in Ireland rejoices today in the presence of pilgrims from many parts of the world who witness to the universality of our Catholic faith and who show their faith-filled fellowship and solidarity with the Church in Ireland.’ 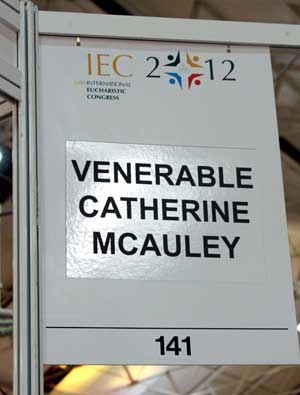 Threatening rain-clouds receded and brilliant sunshine bathed the main arena as pilgrims
arrived for the opening Mass. This was preceded by a colourful opening ceremony.
Delegates from the four provinces of Ireland carried their flags and banners to the altar. Symbols of Ireland’s Christian Heritage, which dates back to 432AD, were on display.

International visitors rang the congress bell with hope for renewal. Cardinal Marc Ouellet, Papal Legate to the Congress noted at Mass that ‘the Church in Ireland is suffering and faces many new and serious challenges of the Faith.’ He prayed during Mass ‘well aware of these challenges, we turn together to Our Lord, who renews, heals and strengthens the Faith of his people.’ Many visitors from other countries expressed their solidarity with us and reminded us that we are one with the universal Church.

I was struck forcibly by the sense of the universality of the Church. All around me, whether in the main arena at Eucharist, or in the huge hall where the Blessed Sacrament was continually reserved, or in the main exhibition hall or at any one of the numerous talks or workshops, I was exposed to various accents, languages and culture. Yet all blended into one huge swell of glory and praise to God. 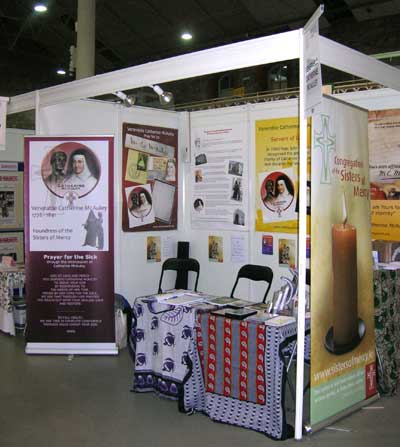 While the fifty years since the last congress here have brought many blessings to the Church in Ireland, those fifty years have been smirched by a darker, shadowy side. This was one of abuse and criminal neglect of the most vulnerable in our society: our children. To mark this, a ‘healing stone’ was unveiled as we remembered and sought forgiveness from those who had been abused.

As you already know from the website, The Irish Canonisation Committee had a stall to ‘make Catherine known and loved’ and to promote her cause. Over a thousand visitors called to the stall, shared their stories, their connection with Catherine and the many favours they had received from her. Those who were meeting her for the first time came, too. A priest from Lisbon, Portugal was so taken by the Prayer for the Sick that he has returned to Lisbon with the intention of having it translated and distributed among the people. All were happy to sign the Visitors’ Book and they left with a pack containing prayers and the history of Mercy.

We, also, supplied pilgrims with a brochure advertising Free Tours of Baggot Street for the duration of the Congress. Many took advantage of this and turned up in Baggot Street, where they were joyfully received and taken on a tour of Catherine’s House. Many Archbishops, Bishops, priests and lay people came to thank us for our years of service in the Church.

Whereto from here? At the Congress we were challenged by Archbishop Martin and other speakers to re-evangelize the baptized. We need to give people an authentic experience of a relationship with Christ. Many nominal Catholics have never reflected personally on the Faith which they have assimilated through family and societal influence. 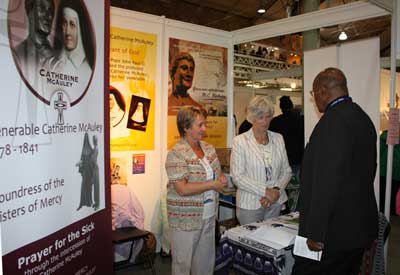 By committing ourselves to a new evangelization, we are being faithful to the mission of the Church and we are helping to reconstruct a new society. We have done this before, and when a young man spoke of Ireland’s faithfulness to the Mass for centuries of persecution and especially during penal times, which saw many priests and lay people martyred, there was thunderous applause.

We left Dublin with great hope in our hearts. We certainly are suffering and are facing many new and more serious challenges to the Faith but we are aware and encouraged and filled with hope that we stand in solidarity, love and support with the Universal Church. Cardinal Ouellet stated: ‘We are well aware of these challenges of the Faith, we turn to Our Lord, who renews, heals and strengthens the faith of his people.’

Buiochas le Dia! The Eucharistic Congress has been a wonderful gift to Ireland and to the Universal Church at this time Thanks be to God!