UN women places a Spotlight on Gender and the SDG’s

On 14 February 2018 MGA at the UN attended the launch of UN Women’s new report entitled, ‘Turning Promises into Action: Gender Equality in the 2030 Agenda for Sustainable Development'. Considered to be the first of its kind, this report considers the intersectionality of gender across all of the 17 Sustainable Development Goals.

So what does the report reveal?
UN Chief of Research and Data, Shahra Razavi, presented some of the major findings of the report. Despite the illusion of progress we still have far to go. Extraordinary measure must happen to address the gender gap.

The report focused on micro data, taking specific information from Columbia, Nigeria, Pakistan and the United States. Significantly, the report reveals that there is a growing disparity between women who are poor and women who have access to greater resources.

Reflections on the report from four distinguished panelists
The launch of the report included a vibrant, thought provoking panel discussion which consisted of distinguished panelists including Fernando Filguiera, Adebtayo Olukoshi, Gita Sen and ably moderated by Nermeen Shaikh. These panelists engaged in a dialogue about the intersectionality of the SDG’s, current disaggregated data, women and poverty, the concept of universality, multiple disadvantages and ways to address the gender disparity as we move into the future. 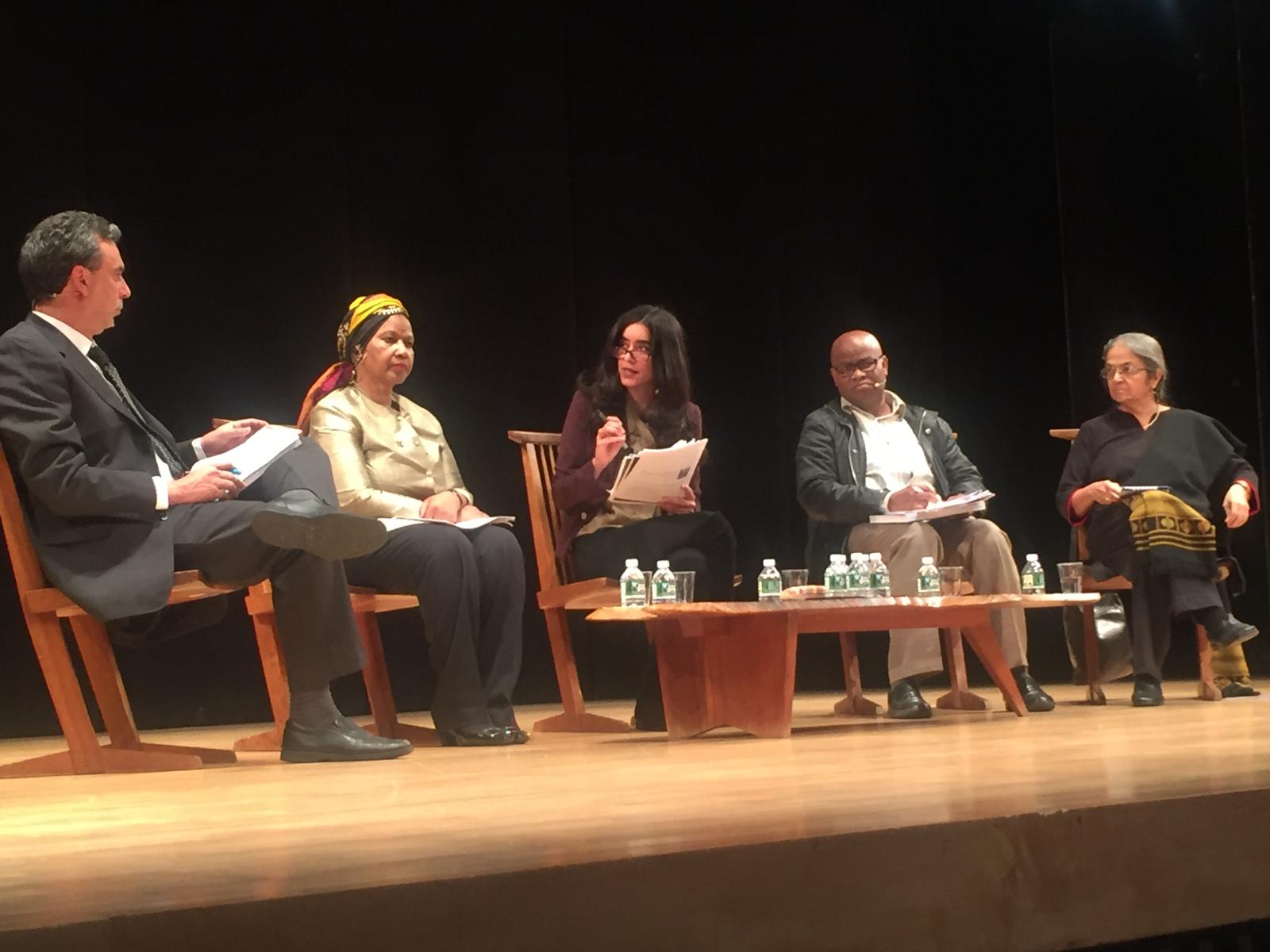 Turning Promises into Action
A key issue is the need for better data. The need for current data, monitoring progress for women across all ages, over every country, over a long period of time was identified as critical. The reader is challenged not to be ‘gender blind’. It was noted that 6 out of 17 of the Sustainable Development Goals have no specific indicators tracking progress for women and girls. There needs to be a revolution in data, which will then enable the reality of women’s experiences to be fully understood and appropriately responded to.

The report also argues for greater accountability, calling for transformative policies which allocate funding to currently chronically underfunded infrastructure for women and girls. The report places a spotlight on the predicament of poor, rural and remote areas in which women and girls are currently being left behind. Primarily, there is a need for public sector investment.

A key action stressed by Gita Sen concerned the role of civil society. Sen petitioned civil society to broaden their perspective and look closely at data and to not only focus on shadow reporting but bring in outsiders who can speak to the experience. The High Level Political Forum was noted a s being a place of serious accountability with civil society being encouraged to vibrantly engage.

Inside the Report
You can access the entire report online. The report provides a huge spectrum of information through a gendered lens. Helpful sections include being able to view individual country data with fact sheets which are downloadable. Chapter 3 is interesting as it breaks down each of the Sustainable Development Goals through a gender lens. There is also a section on who is being left behind, indicating those particularly vulnerable to poverty and disadvantage. The report also focuses on violence against women and girls and makes some valuable recommendations.

Mercy Global Action at the UN recommends this report to all readers who wish to gain insight into the issue of gender and the Sustainable Development Goals.

Messages to: Angela Reed rsm - MIA-MGA Coordinator at the UN

Photo: MIA MGA at the UN