Christmas Island is a territory of Australia in the Indian Ocean located about 2,600 kilometres north-west of mainland Australia and 380 kilometres south of Java. The Island has a resident population of about 1,300 people and the ethnic composition is predominately Chinese with about 25% Malay and 15% European. 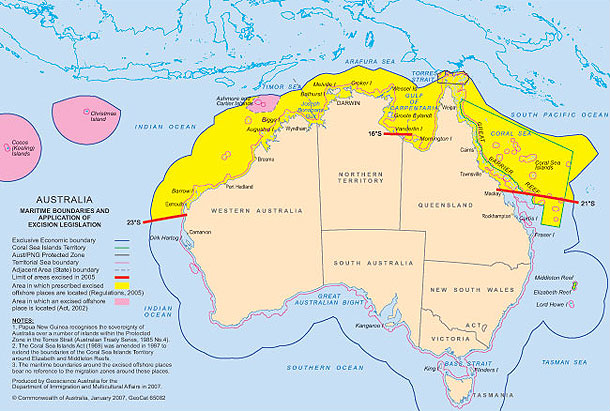 Since 2008 however, there have been large numbers of temporary residents on Christmas Island, the majority being asylum seekers living in detention, but also detention centre staff, Australian government personnel and non-government representatives.

From the late 1980s and early 1990s, many asylum seekers have arrived on Christmas Island by boat. Most are from minority ethnic and religious groups such as Hazaras from Afghanistan, Tamils from Sri Lanka, Kurds from Iran and Iraq, and Rohingyas from Burma.

Instead, they were transferred to offshore detention facilities in the Pacific Ocean, such as Nauru and Papua New Guinea’s Manus Island, for processing. This policy, from 2001 until 2007, became known as the “Pacific Solution”.

In 2008, following the end of the so-called “Pacific Solution”, the Australian Government continued to process asylum seekers offshore in a purpose-built detention centre on Christmas Island.

Now in 2010, offshore processing continues and there are three detention centres on Christmas Island: two low-security centres – one for families and minors and the other for single men – plus a large high-security facility for about 1,400 men located 20 kilometres from the town centre.

The Institute of Sisters of Mercy of Australia and Christmas Island

December 2010 marks the first anniversary since the Institute of Sisters of Mercy of Australia formed a partnership with Jesuit Refugee Service Australia to provide pastoral services for the many asylum seekers living in detention on Christmas Island. 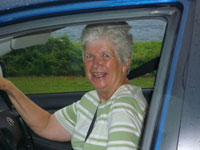 Working collaboratively with Jesuit Refugee Service and supported by the Australian Government’s Department of Immigration and Citizenship, Joan and the other sisters have been a pastoral presence among the many asylum seekers living at the Island’s detention centres. They have also provided support to detention centre staff and members of the broader local community.

It’s a role Joan describes as one of “accompaniment” and “being available where there is a need”. On most days, Joan visits the three detention centres on the island where she is able to mix freely with people without a security escort. In the mornings she attends the two low-security centres and later in the day she visits the high-security men’s facility.

Although the days are long and demanding, Joan feels privileged to hear the stories of people who have travelled from war-torn countries and describes it as a humbling experience. “The people welcome us day after day with open arms. Even the new arrivals welcome us and are happy to share their stories. That is rewarding,” she says. 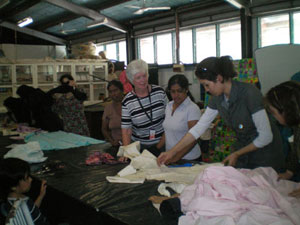 Joan’s role is often unpredictable and requires great openness and flexibility. “You just never know what the day brings or what you’re asked to do.” She mentions being called on to support someone who had attempted suicide, and the occasion when she helped to organise a ritual for a family who had been unable to have a funeral for two of their children killed in Sri Lanka in 2009.

Joan is adamant that asylum seekers should be processed on Australia’s mainland. Not only would it be more humane, it would also be less expensive. “I know that prolonged detention of asylum seekers inflicts grievous suffering and often leads to mental health issues for many innocent people,” says Joan.

“The [financial] cost of processing people on Christmas Island is enormous,” she adds.

When asked what she’d like to say to those people who are fearful about the number of asylum seekers arriving on Australia’s shores, Joan’s response is to simply appeal to the goodness and compassion of Australians.

“I believe that many of the asylum seekers are genuine refugees. Sure I haven’t heard their whole story, but I do believe there are many people who need to be given asylum and they cannot go back to their situation at home,” she explains. 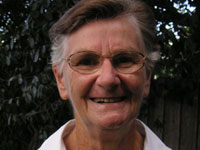 “I could write a book on stories I’ve been told – terrible stories – and I know they are true. [The asylum seekers] way to get to freedom and a life is unbelievable. You’d have to have nerve and courage beyond anything to attempt what these people have attempted. I’ve got only the utmost admiration for them.”

“When visiting the asylum seekers each day, our conversations would often begin with a question about the English language or Australia but very quickly they would move to their own stories. I stand in awe at the trust these people put in a stranger. I think they felt safe and secure talking to me knowing I was not attached to those in charge of the detention centre or from Immigration. When listening to them I wondered how anyone could endure so much suffering.” 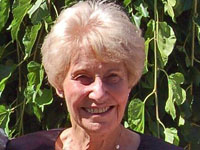 "The experience for me on Christmas Island was quite life-giving. Initially it was difficult to walk into the huge compound of the detention centre and be confronted with so many men but once they became accustomed to seeing me, there was an acceptance and welcome. There were few who could speak English yet when anyone needed to communicate they seemed to find a friend who had some English and was willing to act as interpreter. It seemed important to reassure them that there were Australians who wanted to welcome them. The only consolation I could offer to those who were very depressed and anxious about either their families they had left behind or their fear at the possibility of not getting a visa, was to tell them that I had many friends that were praying for them. They seemed to find this very consoling. It also reminded me that I was not there alone, that my whole congregation and many others were supporting me with their prayers. For me it was truly a Mercy mission."

“Our journey across the oceans are fraught with danger and many of the unsafe leaky vessels have been lost with the deaths of all on board. We have also had to sell all our assets in order to raise enough money for our voyage. Seeking asylum in a foreign land is not something anyone considers lightly – we have all left behind loved ones, given up all our possessions to embark upon a journey with an uncertain future, where there are no guarantees. The fact that we embarked on this journey, sacrificing all that we have, knowing the substantial risks and uncertain outcomes, must provide some incite [sic] into the hell we are running away from”.