Where Sisters of Mercy Minister: Guatemala (17)

This past week, at least 180 people have been killed and 100 are missing in landslides in Central America which was in the pathway of tropical storm Agatha. Agatha is the first tropical storm in this year’s hurricane season for the Atlantic Ocean—and the season had its official start this past Tuesday, June 1. The hardest hit area was in the Chimaltenango area west of Guatemala City. At least 60 were killed as landslides buried rural Indian communities in this area. A clothing factory in Guatemala City was completely swallowed by a sinkhole that measured 60-meters deep and 30-meters in diameter. Deaths also occurred in Honduras and El Salvador.

Sisters of Mercy have been ministering in Guatemala since 1971 when a group arrived from Connecticut (USA). One among them was Maria Caridad Desell rsm. Nearly 40 years later, this 80-year-old Sister of Mercy continues to minister in Aldea Chanmagua, a remote area in eastern Guatemala (region of Esquipulas) four hours southeast of Guatemala City. She is joined in her ministry by Clara Natividad Alonzo rsm, who is Guatemalan. Both belong to the Institute of the Sisters of Mercy of the Americas, CCASA Community (Caribbean, Central America, and South America Community).

Natividad and Caridad are pastoral ministers in their village. They seek to provide pastoral and spiritual responses to the cries of those who suffer from poverty. Their ministry includes the empowerment of women, the visitation of the sick, provision of spiritual direction, and praying for and with others. 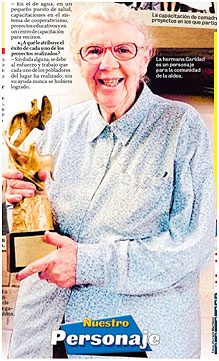 Caridad was recently honored as an ‘anonymous hero’ in Esquipulas (see newspaper article at: http://www.cadechrl.com/quienes.html). Through her influence in Aldea Canmagua, she was instrumental in introducing potable water to the area in 1972, and in 1976 she founded an agricultural cooperative that advances both economic and social solidarity in the community. This impressive cooperative sells merchandise of coffee, fruit, grains, and other produce both nationally and internationally. Its website can be found at: http://www.cadechrl.com/quienes.html.

In addition to Natividad and Caridad’s full-time presence in Guatemala, many Sisters of Mercy and partners-in-Mercy ministry have ministered in Guatemala in the past, or have regular short-term ministry experiences there. Mary Jo McGinley rsm, executive director of Global Health Ministry, coordinates medical mission teams to Guatemala, Haiti, Jamaica, and Peru, and provides training and support in disease management and prevention for community-service organizations in those countries. Some of the Mercy-sponsored or co-sponsored health systems who have annual medical mission trips to Guatemala include Catholic Health East and Catholic Healthcare West. Mercy-sponsored St. Joseph’s College in Portland, Maine (USA) offers an alternative spring break experience in Guatemala, and three months ago Mercy College in Toledo, Ohio (USA) had 10-members of their student body and faculty in Guatemala for part of a course entitled: Interdisciplinary Healthcare Ministry and Enculturation. 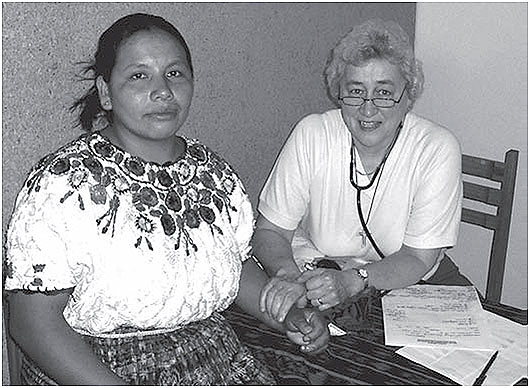 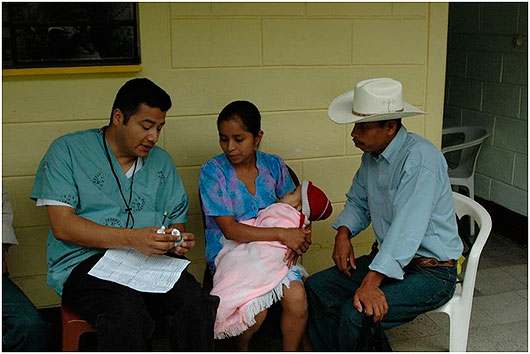