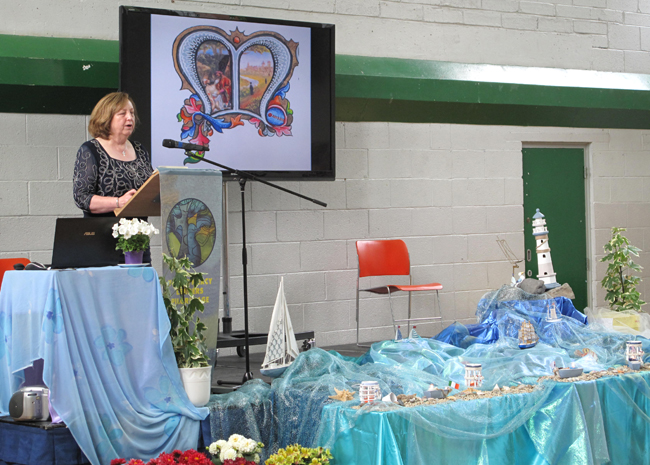 “A Leader is a Dealer in Hope” was the title of a talk by Mary Reynolds rsm, Executive Director of Mercy International. In the course of the talk she gave many examples of, seemingly, random acts of kindness which had life changing effects of the lucky recipients. She quoted from living and deceased persons who have made a significant contribution to humanity. The list included Einstein, Pope Francis, The Dali Lama and of course  Catherine McAuley.

Download: Sr Mary Reynolds' presentation 'A Leader is a Dealer in Hope' (PDF)

Her talk was followed by a discussion session in which many of the young pilgrims recounted events in their young lives when they had tried to be kind and compassionate to others and the difference it has made.

“Coming here would give you a sense of empowerment.” YML

In addition to items already reported, the pilgrimage also included a variety of workshops. Workshops conducted by Patricia Ann Pepitone rsm were entitled Ways to Live out Mercy Forever. She explored how the participants could discern what is right for them as they ponder their future in Mercy. Her message also was that God who made us in love wishes for us to be happy.

Ailsa Mackinnon rsm conducted workshops on Mercy in action in the world. In the course of the workshops she drew lessons from the works of Mercy in both the developed nations and in the third world.

Workshops entitled Mindful or Mindless? were conducted by Mary Conway rsm. The workshops aimed at giving participants an experience of practical tools that they can use and integrate into everyday life. 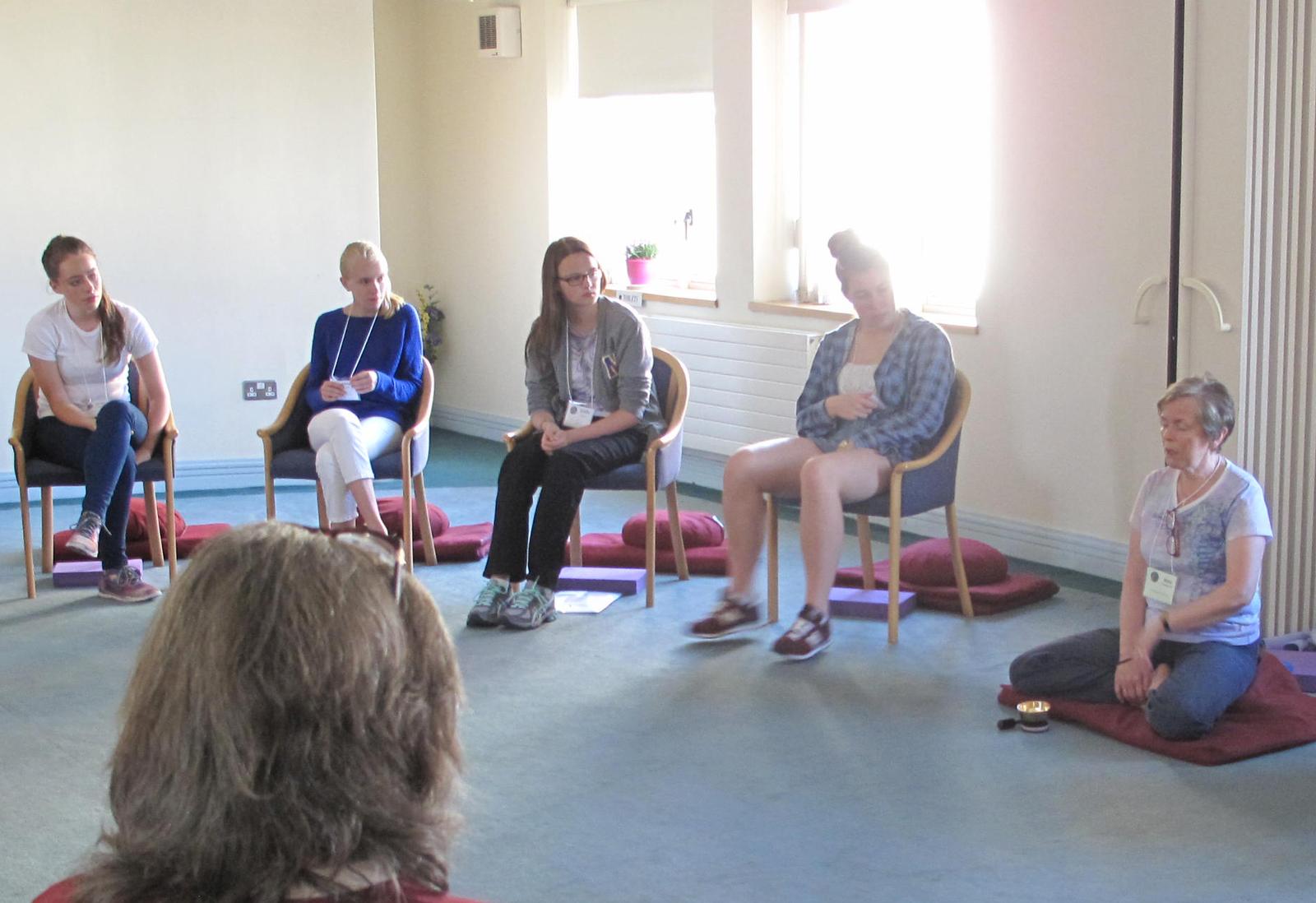 Download: five practice tracks and other resources from the Workshop given by Mary Conway rsm

One of the aims of Aine O’Connor rsm (Mercy Global Action Coordinator at the United Nations) in her workshops was to look at the root causes of poverty and to distinguish between charity and justice - with Venerable Catherine as a model. She believes in challenging unjust systems.

Denise Boyle fmdm introduced Young Mercy Leaders to how MIA/Global Action is addressing the issue of Modern Slavery at local and global levels. Denise also raised awareness of the role of the UN and its ability to name and shame nations that are abusing human rights. She also highlighted the work of Mercy International in the areas of eco-justice and climate change.

Ruth Kilcullen, who is Campaign Manager for MECPATHS (Mercy Efforts to Counter Child Prostitution and Trafficking in the Hospitality Sector), sought to raise awareness and inform the Young Mercy Leaders on the issue of sex trafficking. MECPATH’s emphasis is on human rights underpinned by Gospel values. 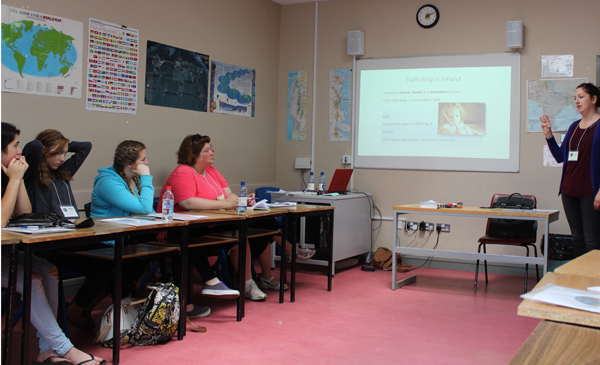 ‘We are the music makers…dreamers of dreams…movers and shakers’ was the title of workshops facilitated by Angela Bracken rsm. Her aim was to provide a creative and safe space where Young Mercy Leaders could learn how to channel idealism and youthful energy into works of goodness and mercy and not allow them to be exploited by any ideology.

Gloria Heese rsm explored ways of praying that honoured the mind, body and spirit. She sought to make the participants more aware of their spirituality and the importance of a variety of ways of praying.

The last session before the evening meal was a prayer and reflection service in the chapel during which some of the participants named the feelings that were surfacing within them at that point in the pilgrimage. Inspired, grateful, awe, love were some of the words that surfaced. At the end of this session each participant received an envelope with a quotation from Ven. Catherine McAuley.

The evening meal was followed by a getting-to-know you gathering.

“If all of us could live our lives in a fraction of the way Catherine did, we would live pretty good lives.”